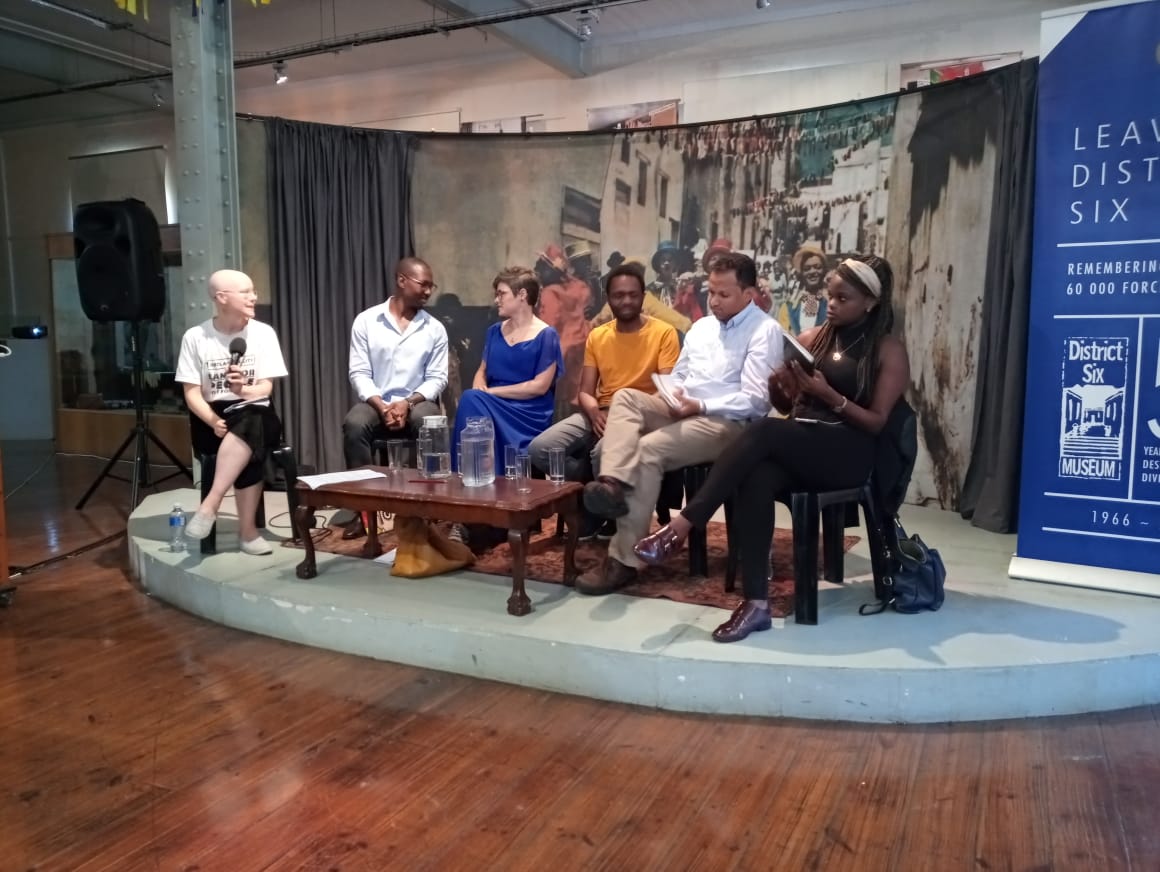 Written by: Restitution Foundation | Posted on: 11-06-2020 | Category: Past Conferences | conferences

The Restitution Foundation held a weekend-long Conference aimed at educating, informing, exploring and mapping a way for Restitution in modern day South Africa. This conference was particularly centered around the Youth’s idea of restitution. Having kick started on a Friday, the conference took place at the District 6 Museum and later moved to the Slave Lodge upon conclusion on Sunday.

In attendance were a myriad of youth participants, facilitators as well as members of the Foundation who conducted introductory exercises and icebreakers to ease those in attendance into the theme of the weekend: Restitution. Together with a series of other events, one of the most interactive and informative sessions of the conference were the two panel discussions that centered Restitution as well as navigating it in contemporary South Africa. The first panel discussion was centered around the question, “(How) do we live together?” to which the main focus was navigating the manner in which South Africans have shifted from a conflict-ridden society to a multi-racial society that strives to live harmoniously, given the nature of our political past. Following this, the second panel discussion centered the ‘How’ of it all, with the main question focusing on ideas of equality and inequality. Considering South Africa’s prior racially fueled conflict, the discussion took a look at the various factors that still contribute to inequality in society today, particularly focusing on socio-political issues such as access to basic human rights, gender and racial inequality, the flaws of our current education system that promote inequality as well as the issue of transport and how this still contributes to the question of equality within society today. The panel discussions opened the floor to a series of open discussions and reflective exercises where participants were invited to engage with the idea of restitution within these varied aspects. Questions and discussions centering positionality, privilege, race and all other intersections that played into the conversation were invited and received through open and honest interactions. Many of the participants later expressed the eye-opening nature of these discussions, stating that it was interesting to see things from the various perspectives.